We arrived in London to lashings of sunshine, and wasted no time getting in amongst it. We had a special Bank Holiday lunch planned in Belgravia, but that was hours away and we were hungry now! We sauntered from Westminster to St James Park, and into the sunlight-filled space of Inn the Park, overlooking the duck-filled pond.

My first foray into London coffee in some time was cause for trepidation, especially considering we had just left Italy, however I need not have worried – we were in good hands.

Inn the Park, together with a number of other eateries around London, was conceived by Oliver Peyton, veteran restauranteur and judge on the BBC’s ‘Great British Menu’ and it turns out he rather knows what he is doing. Hoorah
http://innthepark.com

Amongst us we sampled the baked mushrooms with goat’s cheese, streaky bacon, poached eggs, smoked bacon and sage sausage, and pancakes with caramelised apple. And the verdict: ALL GOOD! The coffee was great, the service was lovely and friendly, and the location was pretty as a picture.

We then needed to work off our breakfast, by way of a jolly good walk, feeding some ducks and geese along the way.

Before we knew it, it was time for lunch, so into a couple of black cabs and across to Belgravia, piling out amongst the roadworks which are part of the revamp of various pipeworks etc for the Olympics in 2012 and which seem to feature in every second street around London at present. Into the white-washed, bright and breezy interior of the Thomas Cubitt, named for one of London’s greatest master builders, and down we sat at a huge sunny table and quickly ordered some Pimms cocktails to start the ball rolling.

For the second time that day we were met with smiling, friendly service, paper and crayons for the kiddos, and an extensive menu which promised great things, and most joyously delivered. Our meals were as delicious as they were pretty, and we ordered the fried calamari with lime aioli, grilled prawns, chicken breast with sauteed potatoes and glazed vegetables, a side of cauliflower cheese with toasted almonds and cheddar, beer battered fish and chips with mushy peas and tartare sauce, a cheese souffle with roasted fig and walnuts, and the Lancashire sausages with potato mash, pearl onions, and a mustard and cider apple sauce, washed down with a lovely Bordeaux, and finished off with Guiness Chocolate cake. We voted both the fish and chips and the bangers and mash the best we’ve ever had. Toodle pip! 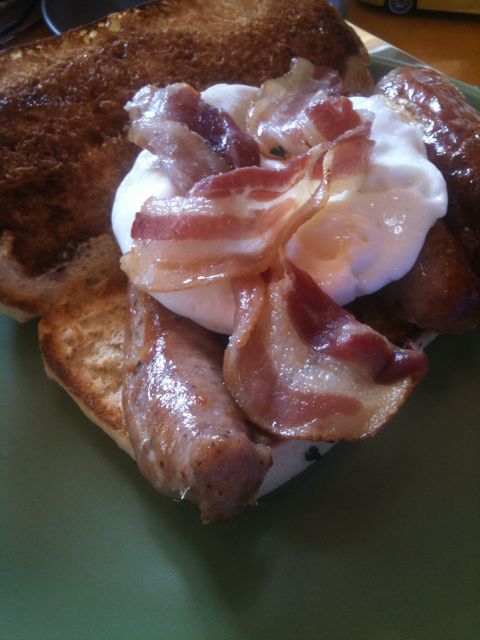 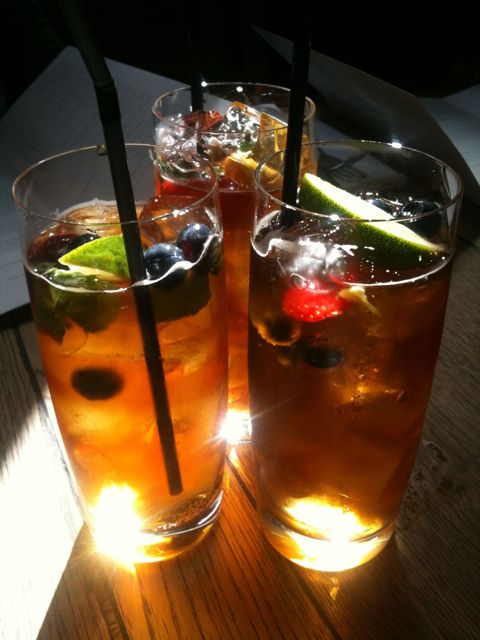 And last but by no means least, a very honourable mention goes to a very special chef in Richmond who kindly and most magnificently recreated Delia’s chocolate torte for our visit to his leafy borough, which we enjoyed with a cup of tea whilst his heavily pregnant goddess and I conversed freely on matters of state and otherwise, and the childer-beasts channelled Luke Skywalker in the garden. Magnificent! 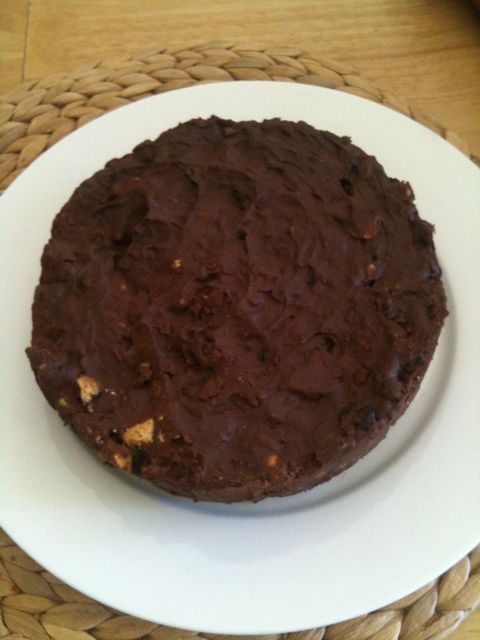 One thought on “London lunch – The Thomas Cubitt”